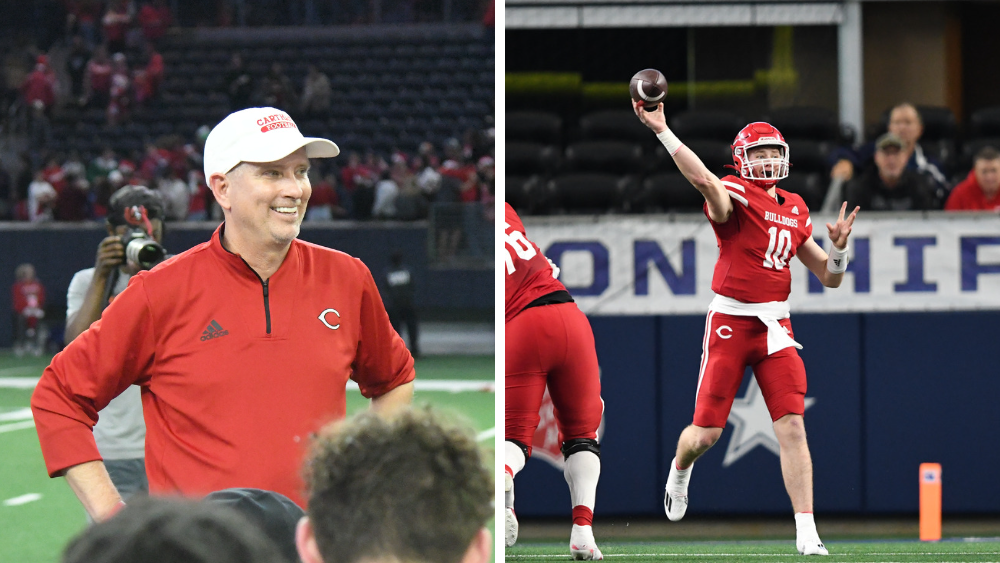 Cuff, a senior quarterback, threw for 4,033 yards, 52 touchdowns and only four interceptions this season.

In the 4A Division II State title game Cuff threw for four touchdowns passes, including 299 yards with a rushing a touchdown, as Carthage defeated Wimberley 42-0.

Surratt led Carthage to a perfect 16-0 season capped by the program's ninth state title in the last 16 seasons — all of which have come during Surratt’s tenure.

Surratt won his 200th career game as a head coach this season and has a career record of 206-29, including 14 district championships to go along with a perfect 9-0 record in state title games.

The players on the Small Town All-America Team hail from schools that have less than 1,000 students and the towns have a population of less than 10,000 people.